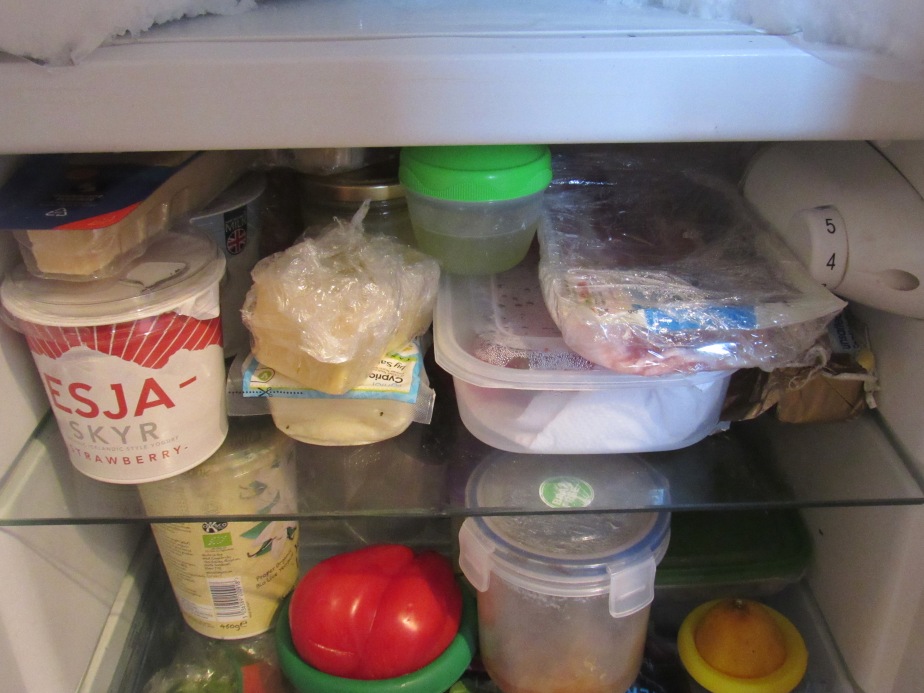 In the book Fight Club, the nameless narrator returns home from a business trip to discover that his condominium has been blown up. Numb and distraught, he walks around the debris of his possessions (a scene evocatively captured in the film version of the novel). The police tell him they suspect the compressor of the fridge provided the spark which caused the explosion.

Oh, not my refrigerator. I’d collected shelves full of different mustards, some stone-ground, some English pub style. There were fourteen different flavours of fat-free salad dressing, and seven kinds of capers.

I know, I know, a house full of condiments and no real food.

The refrigerator described by the narrator reflects the bleak message of Fight Club: his life has the trappings of fullness, but there is nothing to provide nourishment. The variety and diversity of the condiments he is able to purchase and consume (or collect) do nothing to disguise the spiritual poverty of his existence.

I’ve been obsessed with this sentiment ever since – and indeed, my boyfriend has started to worry about my habit of texting people to ask them about their fridge contents. The idea that contents of the fridge and kitchen cupboards can reflect who we are is obviously compelling, and there’s some truth in it. Surely the Puy lentils, goat’s cheese and sundried tomatoes of the 1990s said as much about the era as the chia seeds, frozen bananas (for smoothies) and mashed avocado says about the 2010s?

So for this little series, which I think will run fortnightly, I’ll be sharing the insides and insights of our fridges, starting but not limited to my own.

Show me your fridge, and I will tell you who you are…

4 thoughts on “What’s in the fridge? A series”